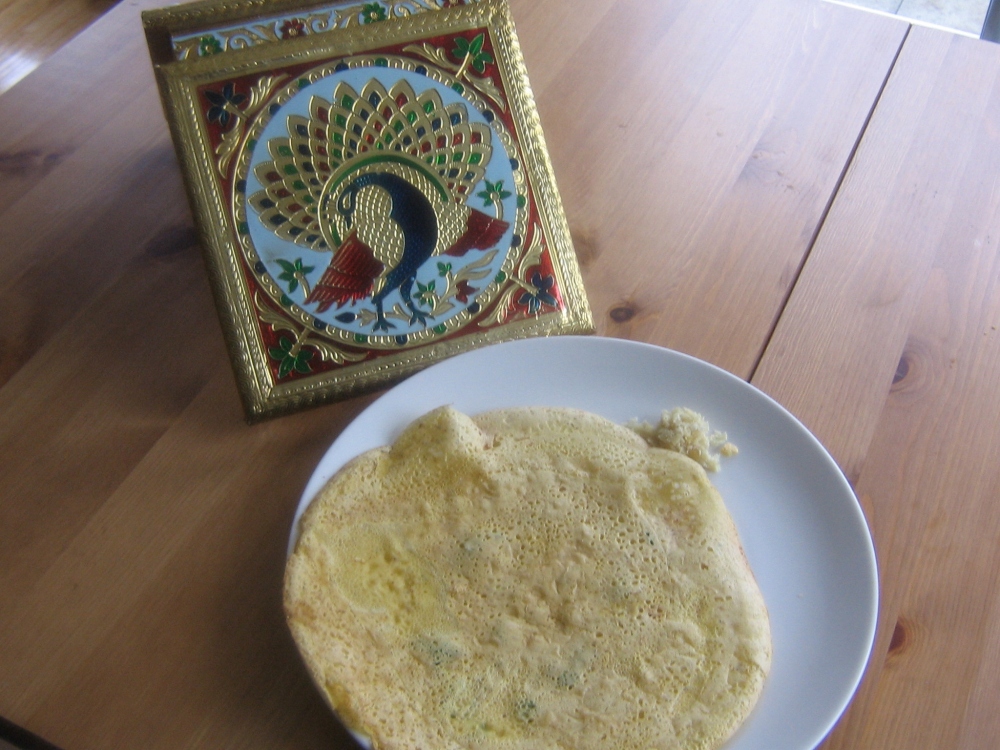 Well what do you know! Canada is the 4th largest exporter of chickpeas & India is the largest importer in the world.. So now we’re left with no excuse dear reader, but to just make these crepes. Chilla or chickpea flour crepes lends itself beautifully to chickpea flour available readily in grocery stores everywhere. Chickpea flour comes in 2 varieties in the Indian grocery store-coarse & fine (don’t get the coarse variety for chilla, but go for the finer variety called besan)

Health benefits
Did you know that Chickpeas and your appetite have a 1:1 ratio. Participants in a recent study were more satisfied with their diet when chickpeas were included, and they consumed fewer processed food snacks during test weeks in the study..

2 cups of chickpeas provide the entire Daily Value of fibre! But the research goes one step further… chickpea fiber benefits may go beyond the fiber benefits of other foods. In a recent study, two groups of participants received about 28 grams of fiber per day. While one group received dietary fiber primarily from chickpeas, tte other group relied on other sources for dietary fiber. Turns out the chickpea group had better blood fat regulation, including lower levels of LDL-cholesterol, total cholesterol, and triglycerides.

Chickpeas are a must for your digestive support, esp. the colon. Between 65-75% of the fiber found in chickpeas is insoluble fiber, and this type of fiber remains undigested all the way down to the final segment of your large intestine (colon). Recent studies have shown that chickpea fiber can be metabolized by bacteria in the colon to produce relatively large amounts of short chain fatty acids (SCFAs). These SCFAs provide fuel to the cells that line your intestinal wall. By supporting the energy needs of our intestinal cells, the SCFAs made from chickpea fibers can help lower your risk of colon cancer. Wow! This powerhouse bean does carry a whopping list of benefits.I initially started this post as a long overdue request from my friend at What have we got here whose Friday Wisdom nuggets are absolutely inspirational. She even went on to make an awesome chickpea chapati on her quest for gluten free breads…

Fun facts
I thought that chickpea flour was confined mostly to the Indian subcontinent and maybe the MiddleEast. Imagine my surprise when I found out that chickpea flour plays in French cuisine as Socca, and in Southern Spain as Cadiz. The world must have been one large unified body at one time, its mindblowing how similar our cultures are.

Suggested Pairing
Chilla is such a delicious crepe that It can easily be served with a variety of toppings. Maybe some stir fried vegetables or some fruit and cream. Typically its served with some brown sugar to get the robust flavour of the chickpea flour to play with the sweet taste of sugar. Cold weather just begs for chilla with clove-ginger tea, my favourite pairing!